Valentine’s Baking – Perhaps the Reason I am Single!

Valentine’s Day is looming and I’ve been experimenting a bit.  I wanted to try making those pretty cupcake roses you see around.  And, I wanted to make a Valentine’s bake.  My lack of skills with an icing bag meant I really didn’t want to rely on the cupcake roses…I wanted a back-up plan.

I have to admit, I’ve never tried making red velvet cake and wasn’t even sure what it should taste of.  But, it did seem like the ultimate cake for Valentine’s Day.  It’s usually a deep red colour and generally iced with white buttercream.  It definitely looks the part. 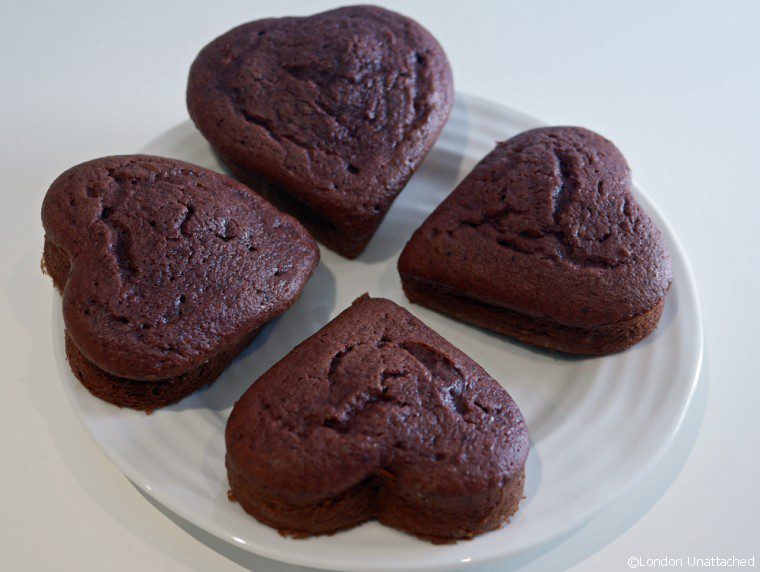 Research into what a classic Red Velvet cake should taste like suggested some kind of chocolate cake, which was not what I’d expected.  I’d wrongly assumed the dark red colour was from something like beetroot.  It’s not, generally, although during the depression beetroot WAS widely used to create the red colour.  Nor is it ‘a chemical reaction between the buttermilk and chocolate’ – again, according to Wikipedia in the past, the reaction of vinegar and buttermilk with cocoa would create a natural red colour, anthocyanin,  in addition to keeping the cake light and fluffy.  But more recently, Dutch processing of cocoa means that the reaction no longer happens.  In fact, even before Dutch processing, Red Velvet cakes relied heavily on food colouring of one sort or another.

An easy way to start, if you are not sure about a bake, is to use a good quality cake mix – in this case Betty Crocker Red Velvet Cake.  I tend to adapt the basic Betty Crocker mix just a little because I find the cakes a little sweeter than I like.  It’s a personal thing – I usually cut the amount of sugar in cakes and biscuits when I am baking from scratch too.  So, on this occasion, I substituted some of the water with yoghurt and added a good tablespoon of pure cocoa powder and a pinch of baking powder to try to make for a darker, richer cake.

I then baked half the mixture as cupcakes (for roses) and half as little valentine heart sponges.  I have to admit, although I quite enjoyed getting really messy and trying to make cupcake roses, I found the end result far too sweet for me.  I much preferred the austere little sponge hearts – which I’d happily make again.

If like me, you are not really a baker but want to TRY and bake something romantic for Valentine’s Day – well, Betty Crocker might just be what you need.  The cakes took less than 5 minutes to make up and even icing them when they were cool was a ten minute job.  So, a great way to save your energy for something else on Valentine’s Day – but still be romantic and say #ICakeYou 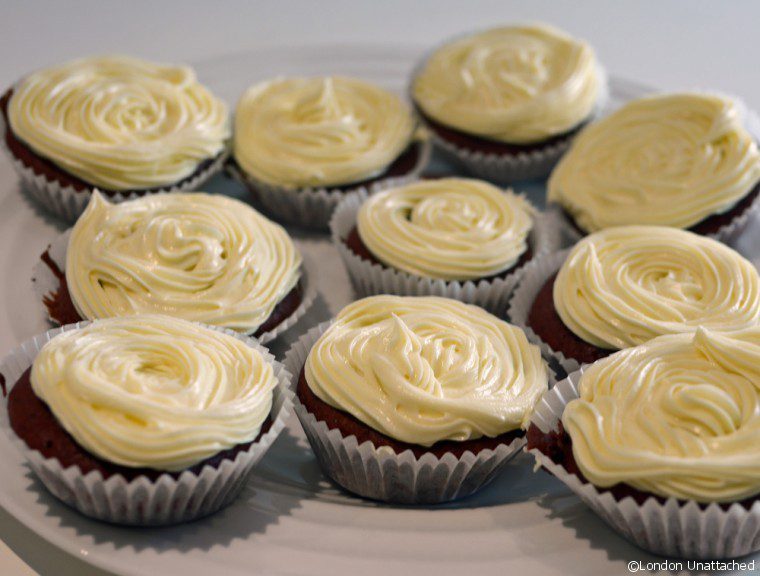