What’s Coming Up at The Garden.

Who doesn’t enjoy a night out in the West End?  Having a bite to eat, catching a show and then enjoying a drink afterwards before wending your way home.  Suggest a night out at the opera though and you might get a completely different reaction.

“The tickets are too expensive”

“I don’t understand it”

We get it.  We really do.  In my own case, despite studying music it wasn’t until I was dragged kicking and screaming there by a friend at uni that I actually went to see a staged opera. Sitting high up in the ‘Gods’ watching Cosi Fan Tutti was a revelation, I loved every minute and was totally hooked.

The Royal Opera House (otherwise known as ‘The Garden’ because of its home in Covent Garden) offers such a range of productions that there’s something for everyone each season. 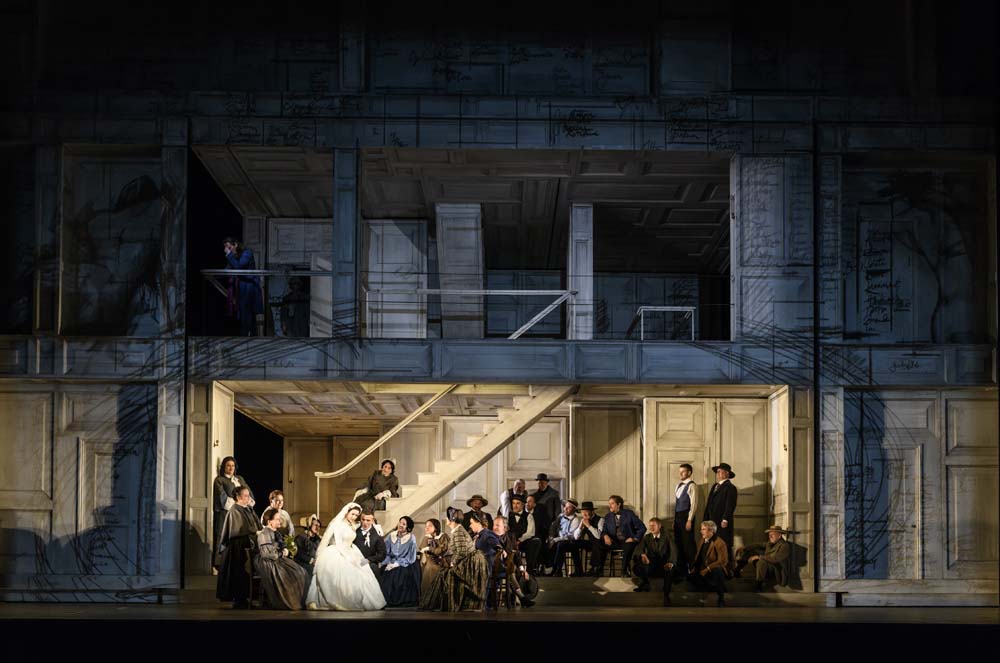 Things get going with Don Giovanni, one of Mozart’s best-loved operas.  The plot could come straight out of East Enders.  Don Giovanni, a womaniser and seducer, murders the father of one of his ‘conquests’ in a duel.  The ghost of the murdered man haunts him and he decides the best form of exorcism is to confront him.  Inviting the ghost to dinner, Don Giovanni is unwilling to repent and as a result, is condemned to hell.  Running from 13th September to 10th October, we are looking forward to seeing this revival of Kasper Holten’s 2014 much-lauded production for The Royal Opera House.  It’s a storyline which never fails to thrill.

Massenet’s Werther is based on Goethe’s ‘Die Leiden des Jungen Werthers’ (the sorrows of young Werther) and is a love story telling the tale of two passionate people who inadvertently cause each other pain.  With the mellifluous Peruvian tenor Juan Diego Flórez in the title role playing opposite Grammy award-winning American mezzo-soprano Isabel Leonard as Charlotte, this promises to be an intense and vocally stunning production.  Werther opens on 17 September 2019 and runs through to 5th October.

If you are a fan of Baroque and Early Music, Handel’s Agrippina should definitely find a place in your diary.  You may just spot contemporary parallels in the title role; Agrippina, played by Joyce DiDonato, is the ultimate political operator who schemes to try and ensure that her son from a previous marriage succeeds her husband to become Emperor. Having believed that her husband had died at sea, she soon discovers that he is very much alive; but, knowing he loves another woman (Poppea), she continues to plot.  Running from 23rd September to 11th October, this is a new production but brings together a number of artists, including Joyce DiDonato who took part in a concert performance at the Barbican earlier this year.

Donizetti’s comedy, Don Pasquale, which runs from 14th – 26th October is a tale about a middle-aged man whose young wife runs rings around him.  This new production has operatic superstar Bryn Terfel in the title role and we are anticipating a contemporary production from Damiano Michieletto with credits included for video designers rocafilm and set designs by Paolo Fantin.

The final production of the Autumn season is Mozart’s Magic Flute.  A revival of David McVicar’s ever-popular 2003 production, this is an opera that works on so many levels.  Enjoy Magic Flute for the pantomime, the magic and the otherworldliness of the story if you like.  The music should be instantly recognisable and ranges from comic duets between Papageno and Papagena (the bird catcher and his girlfriend) to intensely dramatic coloratura arias from the Queen of the Night.  And, there’s an underlying Masonic thread, with a theme of good triumphing over evil.  Every time I see the opera I learn more about the plot – it is, as the Royal Opera House suggests ‘the most confusing storyline of any top-ten opera’. The Magic Flute runs from 1st – 27th November

Of course, there’s much more going on at the ROH including free lunchtime concerts, recitals and masterclasses.  And, most of the productions have a national live screening.

Ticket prices range depending on the production and on where you are willing to sit or stand.  But the website has a useful display function so you can check the view of every seat in the house. While I love the luxury of the Grand Tier, I’m just as happy to mix and match – up in the slips you can get a fantastic view for a fraction of the price.