There are celebrity chefs and then there is Sanjeev Kapoor. The Indian gastronomic superstar is one of the most famous people on the subcontinent. He runs his own TV channel, has written over 200 cookery books and is involved in 80 restaurants both at home and abroad. He has been awarded the Best Chef in India prize and luckily for us in the UK he has taken on the Executive Chef role at Indian restaurant The Yellow Chilli in downtown Wembley. Frankly, he makes Gordon Ramsey look like an underachiever.

The Yellow Chilli reopened in May 2021 after a false start of a few weeks before lockdown measures were introduced. Sanjeev Kapoor’s menu is drawn from across his homeland ‘redefining Indian food, and bringing a fresh perspective to classic dishes’. The restaurant sits in a slightly unprepossessing setting in the Wembley Central underground complex but the interior is suitably modish with an industrial feel softened by attractive murals on the distressed plaster walls. 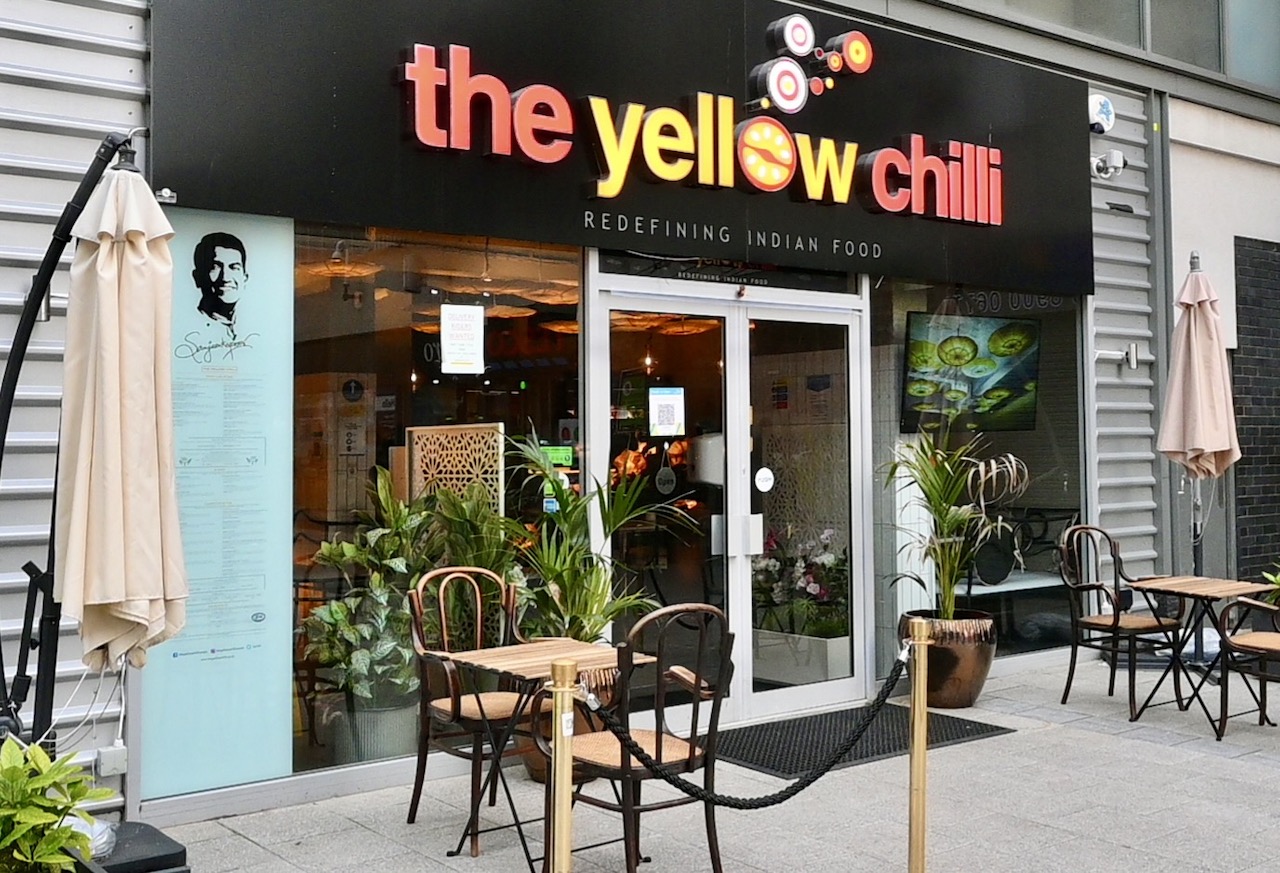 The menu needs to be given proper attention so drinks were ordered. A refreshing classic Mojito came served in a jar and a Mango Lassi was deliciously dense and sweet.

We started with a selection of small plates and a side dish. First up were Panipuri with ‘Soul Curry’. Described as a ‘Bombay blockbuster!’, stunningly presented crispy hollow dough balls came filled with steamed, spiced edamame and were served with ‘kokum’ flavoured potion. We poured the potion into the dough balls and then downed these taste explosions in one.

The Crescent Ring ‘Punjabi’ Samosa was unlike the traditional samosa being made with crisp shortcrust pastry and not the usual filo pastry. More like a pasty, they were filled with a moreish spicy potato filling with the sweet-sour bite of a homemade tamarind chutney lifting the dish to another level. I couldn’t stop eating them!

I quite like paneer, the Indian fresh cheese that is a major source of protein in the cooking that comes from the north of the country. A dish of Paneer Hara Masala had the cheese marinated in green chilli, mint and coriander sauce before being cooked in the tandoor oven. It had a rich herbal smokiness and a satisfyingly firm texture. This was a next level paneer! It came with an olive naan – a beautifully presented flatbread covered with herbs and olives in a surprising Mediterranean twist.

A Papaya Peanut Slaw featured raw papaya with roasted peanuts in a tangy dressing. Apparently, it’s good for the skin. It was fresh and crunchy and another dish that was hard to let go of.

We moved on to a lemony Sauvignon blanc and the amazing Peru Paula. Like a non-alcoholic Margarita, it’s a blend of guava juice, lemon juice, mint, black salt, Tabasco, chilli powder with a whole chilli thrown in for good measure. The sweetness of the guava is tempered by the salt and spice which enhance rather than dominate the flavour, with the rim being covered in the salt and chilli powder. 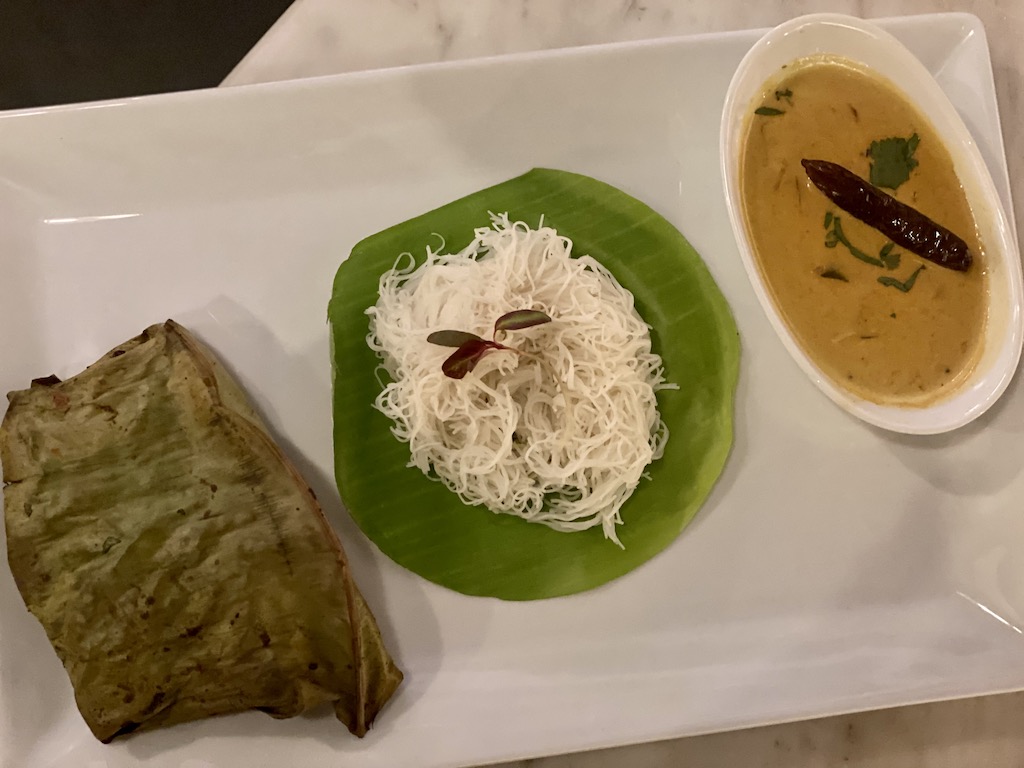 For mains we tried Banana Leaf Salmon “Pollichathu”; the delicately spiced fish was baked in a banana leaf parcel with spices, coconut and herbs and then served with rice flour vermicelli string Hoppers and an earthy curry sauce.

The classic Delhi street food dish of butter chicken is traditionally served at roadside cafes. The Yellow Chilli version adds mango which adds sweetness to the moist, rich and tender nuggets of chicken.

And finally for dessert, a deliciously creamy Gulab Ki Kheer made with condensed milk, cashew nuts and scented with fragrant rose.

With sweet, enthusiastic and efficient service and very reasonable prices, you’d actually be crazy not to visit The Yellow Chilli. There is plenty on the menu for vegans and vegetarians and the food is on the level of restaurants carrying a Michelin Bib Gourmand. It’s wonderful to see the evolution of Indian food in nearby Wembley.

Lucy comes from a background in the Theatre. She loves to soak up the wealth of live theatre and cultural activities London offers. She's passionate about photography and an enthusiastic foodie and fervent traveller, keen to explore as much of the world as possible.