If you’re a bit of a sucker for Christmas and all things white and fluffy then Nikolai Foster’s production of White Christmas, which has just opened at the Dominion Theatre in London’s West End for the festive season, might be just up your street. 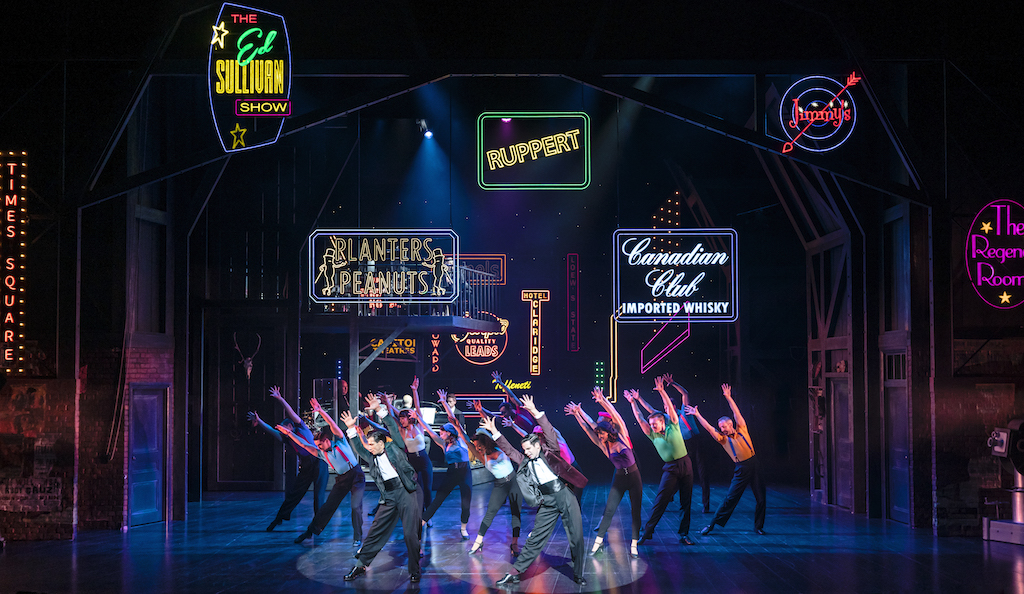 Irving Berlin’s 1954 classic musical film White Christmas, which starred Bing Crosby is an all-time favourite and is still considered an absolute triumph. In truth, this production doesn’t quite live up to its reputation, but if like me you’re a bit of a romantic and happy indulge in a night of traditional singing and dancing and old-time glamour you’re sure to have a good night out on the town.

White Christmas follows the fortunes of two army vets, the likeable Bob Wallace (Danny Mac) and the womanising Phil Davis (Dan Burton), who have cut out a successful double act career for themselves since the Second World War has finished, they meet the enchanting sisters Judy and Betty Haynes who are also on the performing circuit.

On a visit to a Vermont guesthouse run by the boys’ former General, they discover that the General (a suitably gruff Michael Brandon) is struggling to keep his head above water and they come to the rescue and put on a grand performance to put him back on his feet. The boys fall for the girls and likewise, but of course, we all know the course of true love never did run smooth. We meet guesthouse manager Martha, who is played with great vivacity by the magnificent Brenda Edwards, who has a fabulous voice into the bargain, and it’s good to see the production embracing diversity with the character Martha being played by a black woman for the first time. The General’s young granddaughter Susan provides the cute factor, Erin Waverly played her with great charm on the night of my visit. 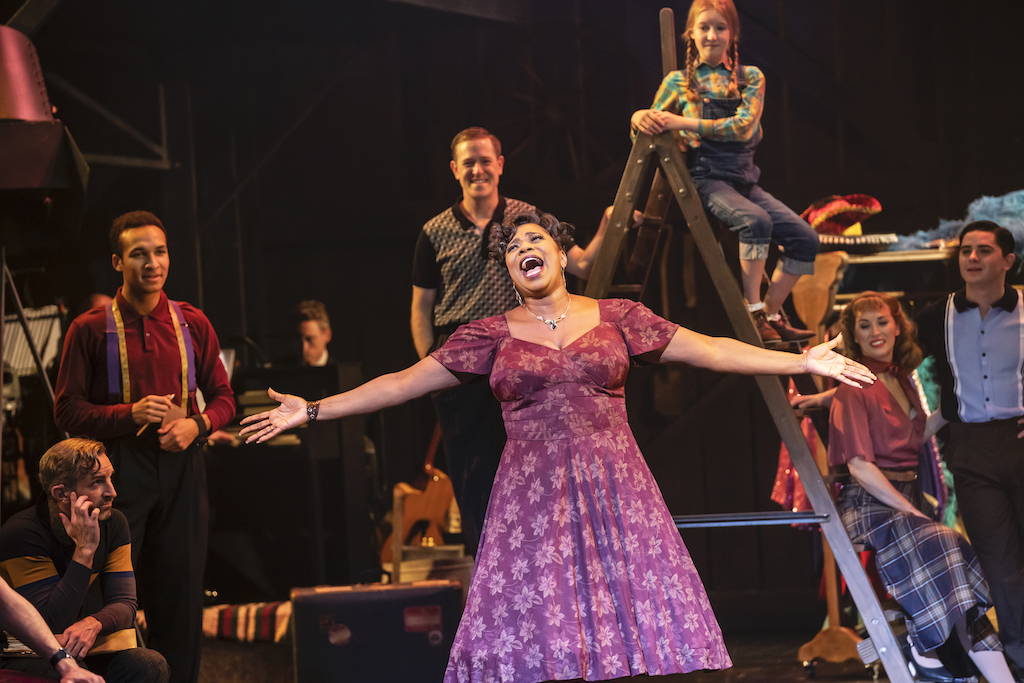 Stephen Mear’s choreography is quite spectacular and the dance numbers are super slick and high octane they are matched by Larry Blank’s divine orchestrations. Diego Pitarch’s costumes are splendid; they’re big and bold and come in a riot of colour. Michael Taylor’s set design successfully inhabits and transforms the stage into a TV studio, a bar in New York and the Vermont guesthouse and its large barn where the production takes place.

Danny Mac’s Bob is super suave and he’s gifted with matinee idol good looks, he sings as well as he dances and makes a very loveable character, he is well met by Dan Burton as the cheekier Phil and they make a great double act. The girls are equally strong – the sassy Betty (Danielle Hope) and the more serious of the sisters Judy, is finely portrayed by Clare Halse, their big number ‘Sisters’ is an all-time classic.

The narrative is a little weak and the songs don’t necessarily match it particularly well, however I was swept away by the whole production and thoroughly enjoyed listening to some of Irving Berlins’ iconic numbers including “Blue Skies”, “Let Yourself Go” “How Deep is the Ocean”, “Love and the Weather” and of course the much loved “White Christmas” which never fails to pull on the heartstrings.

So if you feel like indulging yourself in the romance of White Christmas take a trip to London’s West End, brush shoulders with the busy shoppers, glory at the twinkling lights and take a seat at the Dominion Theatre for a really good old fashioned night at the theatre.

White Christmas is currently playing at the Dominion Theatre in the West End and runs until 4 January.

Looking for something different?  We really enjoyed Cinderella at the Lyric – check my review.

And here are some options for pre-theatre dining in the West End.

A chain, but one of the good ones - Bills offers a great all day dining menu at reasonable prices

For some of the best fish in London at cafe prices, try Randall and Aubin - don't miss the Zucchini fries either

Simple pasta and pizza served cafe style without too much fuss

Perfect pre-theatre dining at the newly opened Boulevard Theatre's own restaurant. Excellent dishes that can be enjoyed both by those visiting the Boulevard itself or any other West End Theatre.

Lucy comes from a background in the Theatre. She loves to soak up the wealth of live theatre and cultural activities London offers. She's passionate about photography and an enthusiastic foodie and fervent traveller, keen to explore as much of the world as possible.