Celebrated dancer and choreographer Akram Khan MBE has returned to Sadler’s Wells, where he is an associate artist, for his final UK performances of XENOS, a solo dance piece he created which features five musicians on stage.  This evening’s performance was poignant and moving at times, disturbing at others and genuinely provocative.  Telling the story of displaced Indian soldiers fighting on the frontline in Europe during the First World War is a challenging brief, but one which Khan achieves in Xenos with apparent ease. 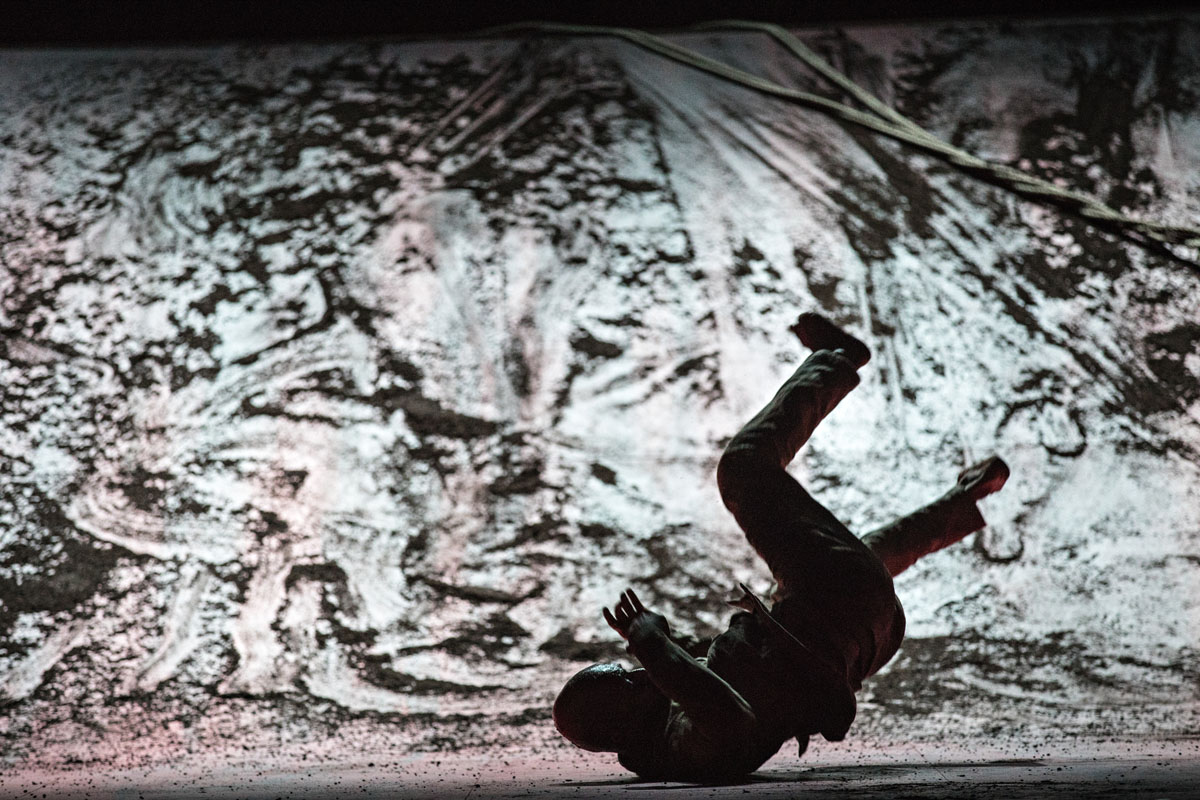 XENOS means ‘stranger’ or ‘foreigner’ and in the piece, Khan inhabits the dream world of a shell-shocked colonial soldier in the First World War.”It takes place on the border between East and West, past and present, mythology and technology, where humanity stands in wonder and disarray”.  It seems a fitting swan song for the dancer who with his dance company is best known for fusing classical Kathak Indian dance with contemporary western dance to brilliant effect. Kathak, one of eight forms of Indian dance is derived from storytelling and Kathak dancers tell their stories through hand movements, intricate footwork and through facial expressions.  As someone who studied Indian Dance as a child, I was entranced from the start, pulled into a world of memories before the story itself really started. 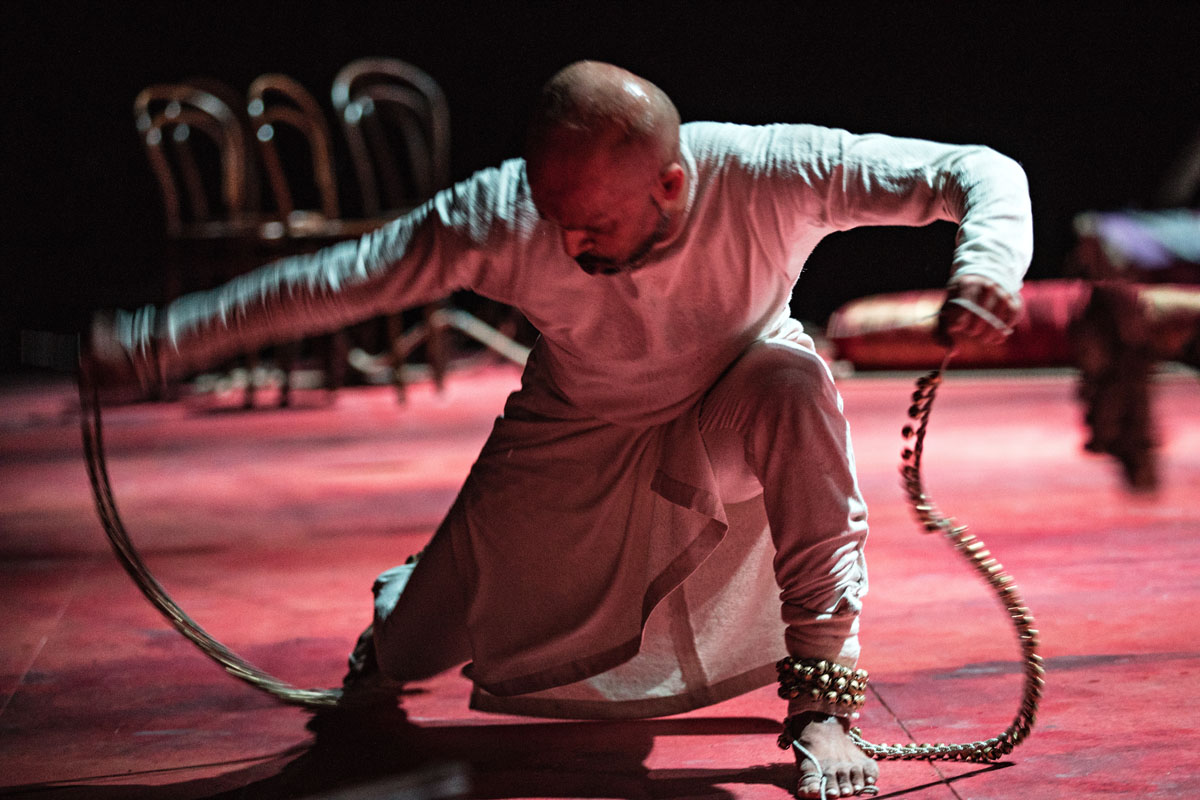 Musicians on stage perform excerpts from works including Tu Karim (a traditional composition), Chhap Tilak  (Amir Khusrol, Babul Mora (Nawab Wajid Ali Shah) and Naiharwa (Kabir).  ‘Hanging on the Old Barbed Wire’ (a World War I song) and finally, extracts from the Mozart Requiem link the Eastern and Western world through music.  The performers seem in themselves a motley crew at first, Fra Rustumji on violin, Aditya Prakash (vocals) Tamar Osborn (baritone saxophone), BC Manjunathi (percussion and Konnakoi) and Nina Harries (double bass and vocals).  Most of those currently on stage helped to devise the original music score with Vincenzo Lamagne. It’s haunting and evocative – a perfect foil for Akram Khan’s dance.

For me, the production is close to music theatre – a fusion of so many art forms to create a strong dynamic. Each element of the staging, from the lighting design (Michael Hulls), the ‘dramaturg’ (Ruth Little), the sets (Mirella Weingarten), costumes (Kimie Nakano) and words (Jordan Tannahill) contributes to the success of the show – and of course, at the centre is Akram Khan, the artistic director, choreographer and performer.

Tonight’s astonishing show was one of the last opportunities to see Akram Khan himself performing as a dancer. In 2019, Khan received the Laurence Olivier Award for Outstanding Achievement in Dance for his performance of XENOS. He has returned to Sadler’s Wells Theatre from Tuesday 30 November – Saturday 4 December to present his last ever UK performances of this critically acclaimed full-length solo.

Xenos is part of a trio of productions at Sadler’s Wells by the Akram Khan Company entitled Carnival of Shadows: the beginning of a third decade of storytelling which began with the UK premiere of his latest work, Outwitting the Devil, an epic dance piece about ritual and remembering in the midst of our ever-changing planet.  That has been followed by Xenos and the series concludes with Chotto Xenos, an adaptation of Xenos for younger audiences and families. This new work explores the often forgotten and untold stories of First World War colonial soldiers with two performances daily on 2nd and 3rd December.

Akram Khan is rightly one of the most celebrated dance artists of today and we are thrilled to have been there tonight to watch a memorable and stunning performance, if sad that this is one of his last appearances on stage.  His work has a unique style and has influenced world-class artists from around the world.  Described by the Financial Times as an artist “who speaks tremendously of tremendous things”, you might have come across his work already as just one highlight of his career was the creation of ‘we’ll meet again’ a section of the London 2012 Olympic Games Opening Ceremony. Akram Khan’s eponymous dance company will continue to perform under his direction but if you have the opportunity to be there we recommend that you don’t miss this opportunity to see him on stage.