Innis & Gunn’s bourbon barrel-aged Original ale is the one that started it all and is their flagship brew. But how does it compare to their new limited edition Islay Whisky Cask ale?

Beer usually has four ingredients – malt, hops, yeast and water but for Innis & Gunn the barrel is the all-important fifth. They use two barrel ageing methods: the traditional method – filling selected barrels (bourbon, rum, or whisky) with beer, which is then left to mature. And their own unique process, where they literally put the barrels into the beer. Well, more accurately they put pieces of the barrel, toasted to open up the wood and develop the flavours, into the beer. Innis & Gunn’s Original is brewed using the barrel into beer method. The bourbon barrel ageing process brings out flavours like vanilla and toffee combined with the malty character of their Scotch Ale to create a great taste. At 6.6% it’s got some oomph but tastes really smooth, creamy and warm with a light hop fruitiness.

Such a beer deserves the best food pairing and, prompted by the recent British Cheese Weekender, it seemed right to try it alongside some creamy, mildly salty and spicy Cropwell Bishop Stilton and Beauvale. For proper harmony between cheese and beer, the cheese shouldn’t overpower the beer and vice versa. The Original, as a weighty, slightly sweet beer really complements these top-notch blue cheese stars and definitely holds its own.

Alongside the Original and their other main lines, Innis & Gunn produce a range of limited-edition beers, making the best use of their unique barrel-ageing skills. Their latest superb, distinctive brew is their Islay Whisky Cask ale.

Created for beer and whisky lovers alike, actually for anyone looking for a truly original taste experience, Islay Whisky Cask is a 7.4% amber ale matured in a Laphroaig 10-year-old single malt whisky cask for 12 weeks. During this time, the beer draws out from deep within the cask the flavours of peat smoke and brine – Laphroaig’s hallmark notes – plus hints of vanilla and floral aromas. Combined with rich, malty flavours from the barley used to brew the beer, Islay Whisky Cask ale is a truly memorable taste. 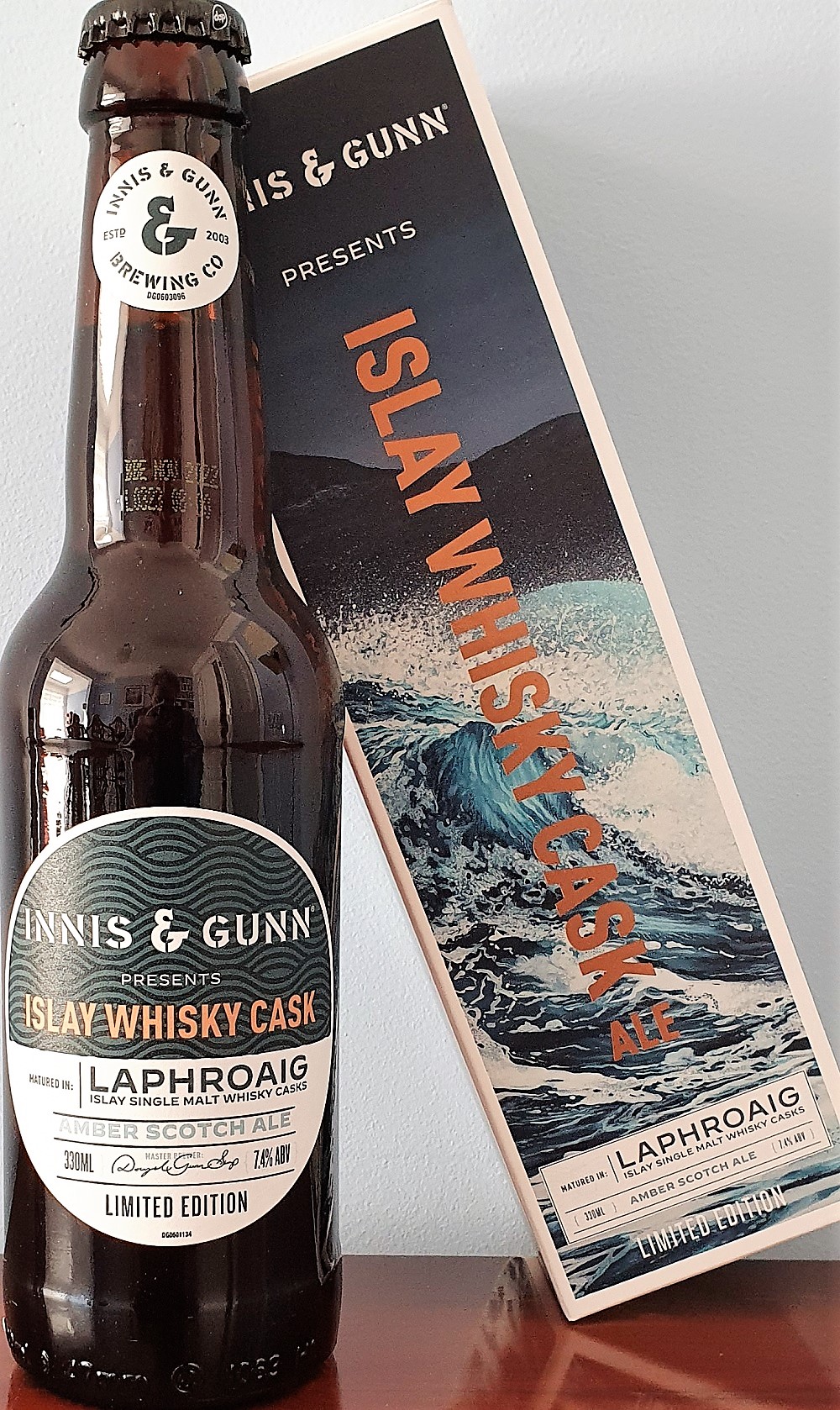 The only negative is that, as it’s a small batch production, once the bottles are gone, they’re gone. And at the time of writing, they’re sadly not easy to find. (Unless you live in Sweden where you can buy it from Systembolaget…)

As Innis & Gunn’s limited editions go fast, the best way to ensure you don’t miss out is to sign up for their newsletter here – that’s what I’ve done. It was either that or move to Sweden….

A frequent business traveller, Nick has spent a lot of his evenings sitting alone in restaurants around Northern and Central Europe, the Baltic states and the Middle East so really enjoys the chance to write about them from time to time. When not away, Nick tries to keep a finger on the cultural pulse of London by going to concerts and the theatre or at least reading the reviews. As he seems to know some countries better than his own, he particularly enjoys exploring towns and cities in the UK when he gets the chance.